We all have a superhero inside us, it just takes a bit of magic to bring it out. In Billy Batson's case, by shouting out one word - SHAZAM! - this streetwise fourteen-year-old foster kid can turn into the adult superhero Shazam.

I am quite disappointed that some of you guys felt that this movie is not even worth 1 star. How is it possible ? Seriously to me is very funny throughout the movie. This movie also suits family to watch together. Even though the story line is NOT as strong as other movie, but hey, the hilarious part makes this movie very interesting and NOT dull at all. Very RARE to see a super hero behaving in a comedy way...lol. Conclusion, worth to go watch at movie theater ! 10/10

So beyond working as an advertisement for D.C.'s other movies, Shazam! also offers a stiflingly claustrophobic cinematic landscape, which has no point of reference outside of D.C.'s own intellectual properties. 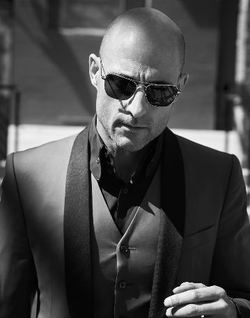 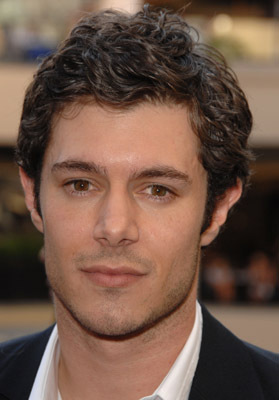 Born: September 29, 1980 in Lake Charles, Louisiana, USA The middle child between two sisters, Zachary Levi was born as Zachary Levi Pugh, on September 29, 1980, in Lake Charles, Louisiana, to Susan (Hoctor) and Darrell Pugh. He uses his middle name as his stage surname, because his birth name, "Pugh", which is of Welsh origin, sounds too much like "Pew"; his other ancestry includes English, French, German, Irish, and Scottish. He grew up all over the country, before his family put down roots in Ventura County, California. At the early age of six, Zachary began acting, singing and dancing in school and local theater productions.

Born: August 5, 1963 in Islington, London, England, UK Strong was born Marco Giuseppe Salussolia in London, England, to an Austrian mother and an Italian father. His father left the family not long after he was born, and his mother worked as an au pair to raise the boy on her own. Strong's mother had his name legally changed, by deed poll, when he was young in order to help him better assimilate with his peers. He became Mark Strong.

Jack Dylan Grazer was born in Los Angeles, California, to parents Angela LaFever and Gavin Grazer. Growing up in and around the entertainment world it was not long before Jack's talent was spotted and he was encouraged to try acting professionally.

Born: December 15, 1979 in San Diego, California, USA Adam Jared Brody was born and raised in San Diego, California, the son of Valerie Jill (Siefman), a graphic artist, and Mark Alan Brody, a lawyer. His parents, both originally from Michigan, are both from Jewish families (from Russia and Poland). Adam spent a lot of his teen years hanging out with his friends, having fun and surfing. Upon graduation, he convinced his parents to allow him to attend college in Los Angeles. However, instead of enrolling in school, he hired an acting coach, signed with a talent manager and soon landed the lead in the NBC movie-of-the-week.